With flowers blooming and a new normal starting to emerge, you may be dreaming of travel, preferably somewhere hot, sunny and full of culture. Don’t overlook great destinations right here in the states, including one of the best all-around cities in the world: New Orleans. I’ve cooked up a New Orleans mixtape stuffed with classics and new tunes for both newcomers and connoisseurs to enjoy.

Pop is Perking Up

Last December, our curation team made a handful of Music Trends for 2020 predictions, including that “songs have been getting slower, that’s going to change soon.” While this year has been full of unpleasant experiences, this modest prediction has proven accurate—resulting in a welcome number of upbeat, energetic chart hits. While others are busy publishing their year-end lists (which we also love), we wanted to celebrate some of the biggest artists and songs behind this trend of musical acceleration.

The past two months have seen a significant renewed interest in protest songs. Music streaming of these songs has increased, and countless musicians have recorded new ones in support of Black Lives Matter. As this movement continues to demand racial justice, we’ve been reflecting on protest songs from the last century, from the timeless “This Land is Your Land” by Woody Guthrie (1944) continuing through such Civil Rights anthems as “The Times They Are a-Changin’” by Bob Dylan (1964), “A Change is Gonna Come” by Sam Cooke (1964), and “Respect” by Aretha Franklin (1967).

America has a rich history of dissenting through music, which can be traced from these early songs to late-20th century classics like “Fight the Power” by Public Enemy (1989) and “Killing in the Name” by Rage Against the Machine (1992), to those of today. We’ve picked 10 Black Lives Matter songs that speak truth to power in profound ways.

Bored with Billboard? Time for Classical: 30 Pieces Every Music Lover Should Hear

As we all struggle to find healthy outlets for combatting stay-at-home stress, classical music is a winningly creative option. The physiological benefits of music listening are well documented, and in the words of respected neuroscientist Dr. Daniel Levitin, “[music] doesn't have the unwanted side effects that many pharmaceutical products do.” Pandemic considerations aside, we’ve chosen 30 classical pieces every music lover should hear...both classical fans and those needing an introduction.

Looking Ahead: Music Trends for 2020

As we reflect on the most popular, breakthrough music of the 2010s, an interesting trend stands out. A lot of ink has been spilled over the idea of “post-genre” pop - pop that subverts traditional genre definitions and blends different styles in a way that makes it difficult to categorize. Put simply: pop songs that are genre mashups (think “Old Town Road”). We were inspired to pick 13 of our favorite “post-genre” pop songs of the decade, describing why they fall into this non-category and why we love them.

Before getting to our top picks...

What the hell is "post-genre" pop?

Waves in Electronic Music – Trends in 2019 & Beyond 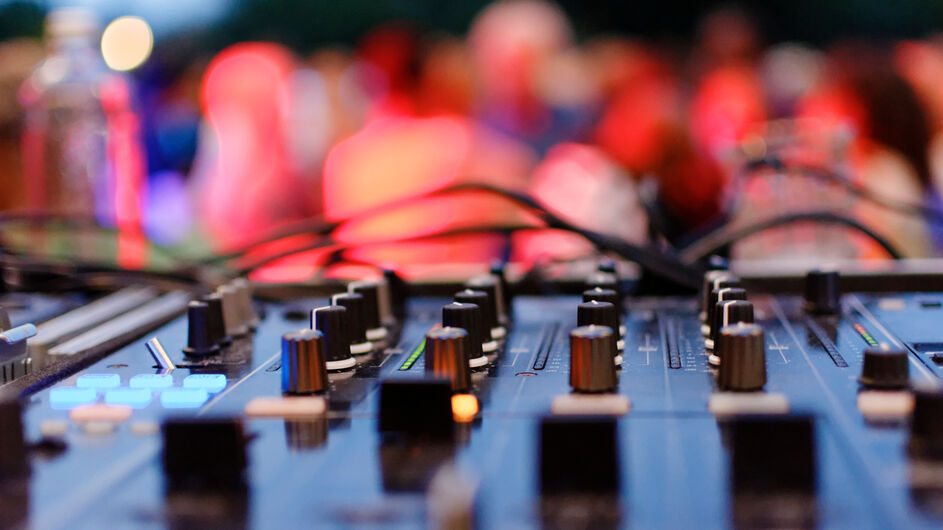 One of the distinguishing features of electronic music is how rapidly it changes, both in absolute terms, and relative to other genres. Modern electronic music traces back to the 80s with new wave and synth pop bringing electronic to the mainstream. The 90s saw an explosion in distinct sub genres and underground techno and the sudden access to production tools like Fruity Loops that opened up production and composition to something anyone could do.

The turn of the century ushered in the Electronic Dance Music (EDM) era and electronic is no longer just a genre, but an influential component of all mainstream music. “Electronic” is an alarmingly broad term that encompasses both the mainstream pop tracks so prevalent today, as well as a thriving underground ranging from house to dubstep to minimal techno.

5 Tips for Selecting the Right Music for Your Brand Retail and music go hand in hand. Try to imagine walking through a shopping mall without hearing music wafting out of all the stores. Or turning on your TV to find that the ads don’t have a music soundtrack. The love affair between corporate brands and music isn’t a one-way street either…As one of many examples, Chuck Berry name-checked Cadillac in one of the very first rock ‘n’ roll songs, “Maybellene.”

The positive correlation between music and shopping isn’t surprising given the emotional, visceral impact music has on people. While sports, movies, and television also inspire powerful emotions, music has the unique ability to be part of the overall experience without dominating. These qualities make music ideally suited to businesses for winning and keeping their customers.