We get questions every day about how music licensing works for streaming services, and, to be honest, the waters are muddy.

For starters, I think it’s important to underscore that the music industry is a highly complex environment where copyright holders will aggressively go after parties that they believe have infringed upon those rights. There are a myriad of professionals and professional services that specialize in resolving conflicts and provide proper reporting in this his highly complicated world. However, there is much room for improvement and the landscape is constantly changing.

I like to try to keep things simple and divide online streaming into two distinct categories:

As the name implies, On-Demand Services allow listeners to access a particular song immediately. In many ways, these services are essentially a replacement for purchasing the song. Provided that you continue to subscribe to the service, a listener can hear a particular track as many times as they want at any time. Songs are even cached on mobile devices in a DRM formats for offline listening as well. Examples of On-Demand Services include Youtube, Spotify, Rdio, and Rhapsody.

1. Labels – both Major and Independent – for the sound recordings
2. Publishers – for the compositions

Sound recordings simply mean the end product when an artist records his or her music in the studio. For artists that have signed a deal with a label, the label owns (or at least partially owns) the sound recording. The 3 major labels (Universal Music Group, Warner Music Group, and Sony Music Entertainment) all require direct deals in order to license music for an On-Demand Service. Independent labels and aggregators such as Merlin also require direct licenses. Typically, these deals involve:

1. The greater of a per stream rate or a percentage of revenue
2. An upfront payment recoupable against future streams or rev share payments
3. Equity

The label will collect these payments on behalf of the artists and compensate them directly.

Compositions are the end product that song writers create – the lyrics, notes, and melodies are combined to form a composition or written song. In addition to licensing from labels, On-Demand Service would also need to compensate the Publishers who represent the songwriters of the music. Examples of the major publishers include Universal Music Publishing, Warner/Chappell Music, and Sony/ATV. There are numerous publishing companies who all require a direct license which typically involve the greater of a per stream rate or a revenue share.

The other major streaming category is Internet Radio which is governed by a compulsory statutory license under the DMCA. Everyone thinks of the DMCA as the “take-down statute”, but it also contains the law creating what is known as Internet Radio. Similar to terrestrial radio (e.g. FM radio that you would hear in your car) and unlike On-Demand Services, Internet Radio’s listening experience is one where the listener cannot reasonably predict what song is coming next.

If this sort of thing doesn’t bore you to tears, Internet Radio is governed by Sections 112 and 114 of U.S. copyright law (these sections are part of the Digital Milennium Copyright Act or DMCA. Sections 112 and 114 contain the rules that govern how users can access and listen to internet radio stations.

Another set of rules is known as the “performance compliment”, which prevents stations that are full of tracks by just one or two artists. These Sections also create a process where the Copyright Royalty Board can set or approve the rates we paid to the copyright agencies.

Similar to On-Demand Services, Internet Radio services also need to pay copyright holders for the sound recordings and the publishing. However, the agencies that collect these payments are government approved organizations that in turn pay the rights holders. The agencies are as follows:

The licenses are generally identical and there is not much room for negotiation. The rates are set by the Copyright Royalty Board (or CRB) which is a group of 3 royalty judges who arbitrate between various stakeholders. You can read more about it here http://www.loc.gov/crb/

I hope that this primer was helpful and helps clear up some of the mysteries around streaming services and how licenses are obtained. Of course, this is not intended as legal advice and should be used purely for informational purposes. 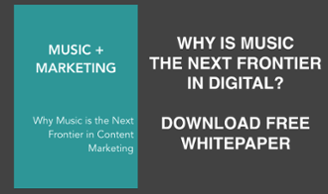